Skip to content
Date: May 29, 2018Author: THE COMMUNITY HACKTIVIST 3 Comments

Flick in a Limerick

“Feed him to the beast”
“Wait there’s a beast”

“I’m the only person in the galaxy that knows the kind of guy you are”
“What kind of guy is that?”
“You’re the good guy”
“I’m definitely not the good guy I’m a terrible guy”

“Since when did you learn how to fly”
“Your 190 Years old you look great!”

“We’re going to win”
“It is not that kind of game, the object isn’t to win it but to stay in it as long as you can”
“Your my reason”

“It is what I was taught find your opponent’s weakness and use it against them. And today I’m yours” 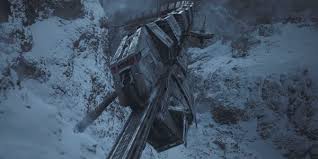 One of the special intrigues about Star Wars is the gap between released material increasing the appetite for audiences. With the saturation of material the franchise has dished out lately I fear that fans are going to get tired of digesting every movie that is forced in front of them. An issue in origin stories which is very apparent in this picture is that is nearly impossible to build any stakes. As a viewer there is never a sense of doubt in the final outcome in any situation.

Alden Ehrenreich and Donald Glover are admirable here but this is a can’t win situation where no matter what they were not going to be able to match the charisma of the previous iconic performances. With all of the rumors of reshoots, directorial changes and performance coach hires it must have been difficult for the cast. Were they taught to act like the actor or act like the character? I still think it would be cool to have an entire movie using an older actor such as Harrison Ford starring in a movie as a younger person using that creepy de-aging computer effect. Emilia Clarke is also good as the new character Qi’ra and would like to see more of her if additional Solo pictures are greenlit.

Angles that are fun when explored such as how Solo and Chewbaka became friends and the card game where he wins the Millenium Falcon succeed. Matched by those interesting scenarios are too many unnecessary sequences such as the gold dice which seemed more like product placement here. Then how Han go the last name “Solo” is just flat out egregious. Solo is about as needless as putting a box inside a box but with an array of exciting CGI effects and easter egg call backs there is enough to make this a fun space ride.